The definition of social learning is somewhat equivocal in the literature; with some scholars defining it in quite broader terms. Ison and Watson (2007), for instance, describe social learning “as achieving concerted action in complex and uncertain situations”. Others conceptualize it as a process of learning from each other which eventually leads to social change (Reed et al., 2010). Recently, a simpler characterization of social learning has been presented by Hoppitt (2013) stating it as any learning that is accentuated by reflection of, or interaction with, others in the surrounding.

The scope of social learning, as it might sound, is not limited to humans only. Instead, researchers have given a considerable attention to other animals such as monkeys (Kendal, 2009), fishes (Laland, et al. 2011), bees (Baracchi, D. et al. 2017) etc. and investigated how these animals acquire certain behaviors from their surroundings. A wide range of social learning practices has been found among animals where they acquired biologically important information not through communication or teaching, but from witnessing the actions of those in their surroundings. However, in its acute form, social learning is seen in human societies (Legare, and Nielsen, 2015).

Social learning manifested as a result of Bandura’s seminal work “Social learning: The Fontana Dictionary of Modern Thought” in 1977. He regarded social learning as a process through which individuals learn and this learning is affected by the social norms such as copying role models. However, later researchers critiqued Bandura’s concept and argued that no learning takes place out of social context (Reed et al., 2010).

Ultimately, the 1990s saw a shift in researchers’ attention from individual learning to organizational learning. This shift conceptualized that learning can ensue in numerous settings, including routines, bodies, dialogues, brains, and other social units (Blackler 1995). The proponents of this notion posited that social learning takes place in all the social units including communities of practice, institutions, or communities, vis-à-vis a huge number of individuals learning individually Armitage et al. 2008). Besides, the literature also seemed to emphasize that group procedures tend to overwhelm the learning and knowledge of individuals by developing a shared viewpoint of the surrounding (Janis, 1989). This argument is further strengthened by the study conducted by Argyris and Schön (1996) which stated that group learning is can do better than the sum of individual learning.

With the heightened impact of social learning on individuals’ decision making, social learning received the attention of many other fields because of its benefits for the overall society. Citizenship behavior among adults, for instance, was indoctrinated by using social learning practices (Reed et al., 2010). The underlying belief was that good citizenship behavior can best be inculcated not through words but rather through observation and active participation in the society (Benn, 2000).

The following part is dedicated to explaining the difference between the latter two theirs.

Social learning theory (SLT) embodies a wide-ranging theory of behavior. It tends to be a major approach for understanding why individuals behave the way they do by integrating all the principles of learning and cognitive psychology (Maisto et al., 1999). It systematically elaborates how the social and individual proficiencies, generally called “personality”, develop from the social context in which learning happens. This theory was much appreciated by the then scholars and many fields used this theory to redesign their philosophies.

However, by 1986, Bandura’s work took a more holistic turn and it led to the development of the Social Cognitive Theory (SCT) in 1986. This theory offers a framework for the comprehension, prediction, introducing change in individual behavior (Green & Peil, 2009).

In the cognitive science, nonetheless, social learning remains an untapped area up to a large extent (Heyes, 2012). A substantial quantity of knowledge is available regarding the adaptive functions of social learning which incorporates its role in social transmission, however, there is still a need to explore the cognitive processes underlying the social learning process.

Bandura, A. (1977). Social learning. The Fontana Dictionary of Modern Thought.

Ison, R., & Watson, D. (2007). Illuminating the possibilities for social learning in the management of Scotland’s water. Ecology and society, 12(1).

Muro, M., and P. Jeffrey. 2008. A critical review of the theory and application of social learning in participatory natural resource management. Journal of Environmental Planning and Management 51:325-344. 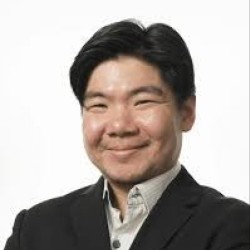